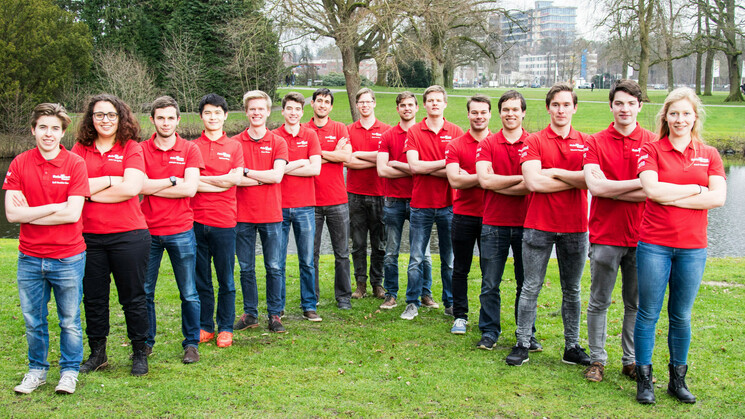 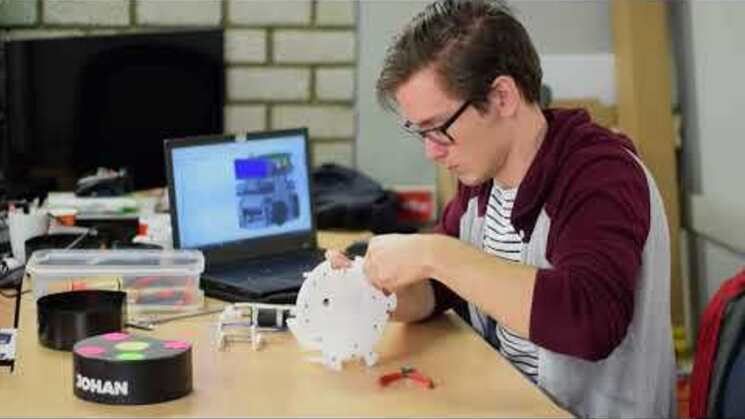 "The RoboTeam represents the University of Twente at the prestigious RoboCup that will be held in Montreal, Canada this year (2018). Our team consist of UT students of varying disciplines. This interdisciplinary team guarantees exciting innovations and a unique end result. Support us to make Twents robotics world famous!”

RoboTeam Twente is a multidisciplinary team of University of Twente students. Our goal is to participate in the 2018 RoboCup in Montreal. The RoboCup is the world championship of robot soccer with 5 specialized competitions.

The RoboCup has a grand purpose: Around the middle of the 21st century, have a team, consisting only of entirely autonomous humanoid robot soccer players, win a match against the reigning regular World Cup champion in a way that complies with all FIFA rules.

Within the category of soccer, there are 5 different competitions: Small Size, Middle Size, Humanoid, Standard Platform and Simulation league. Every competition focuses on different ways of innovation. We are preparing for the Small Size League, which focuses on the difficulties of cooperation between intelligent robots and making creative decisions in a rapidly changing environment by using a centralized system that makes the decisions for every robot in a team.

There have been changes for the upcoming Small Size competition, namely that it is separated in two different divisions. A prestigious A division and a more accessible B division, we have qualified for the A division. This division is accompanied with some rules changes: The field has doubled in size and the team size has increased to 8 instead of 6 robots. To build these extra robots and properly participate in the A league we need your support!